We’re elated to announce that our first Kickstarter, Oath of the Frozen King, is now live and accepting pledges!

Oath of the Frozen King is the first book in our new Adventure Kit product line. The core concept behind the Adventure Kit is to find an RPG sweet spot somewhere between pre-written adventure modules and your own simple prep notes. We’ve created a versatile, flexible framework for you to build your own adventures quickly and easily while the kit does all of the heavy lifting.

Oath of the Frozen King is the first of many planned Adventure Kits, with future installments slated to be set in other Absolute Tabletop worlds – Enchea, Erenoth, and even Kror to name a few. This inaugural Adventure Kit is set in the frozen region of Leeth in Dragongrin – but it can also be easily adapted to work in your preferred campaign setting.

The Oath of the Frozen King Adventure Kit boasts replay value that is virtually unheard of in a roleplaying game product – designed to let Game Masters choose the pieces they like, and fine-tune to their group’s playstyle. With limitless possibilities for customization, no two instances of Oath of the Frozen King will be the same. 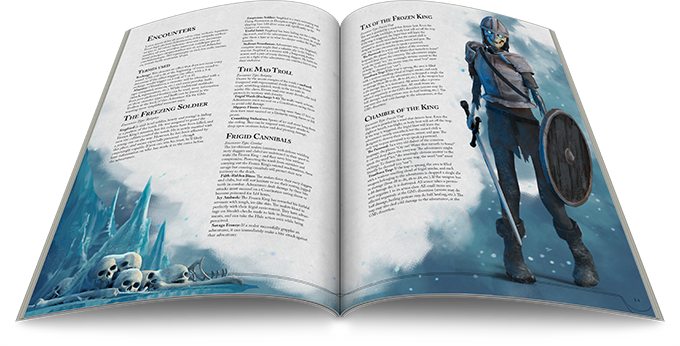 So, what’s included in an Adventure Kit from Absolute Tabletop?

If you’re interested in versatile, open-ended, endless role-playing game content for any playstyle, we invite you to back our Kickstarter, the Adventure Kit: Oath of the Frozen King.

Thanks for your continued support! 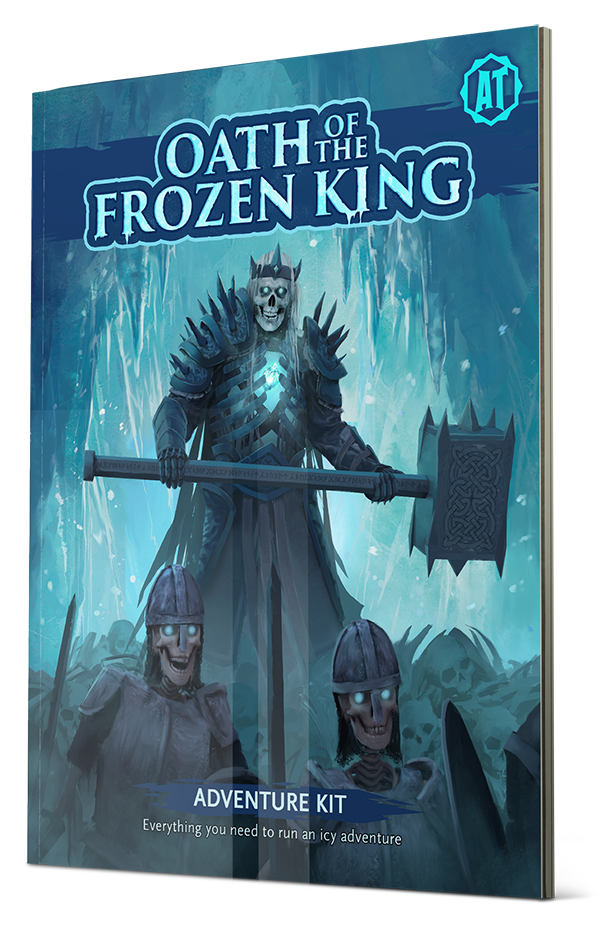 Still not convinced? Here are some unedited quotes from some of our playtesters:

“The entire Adventure Kit concept is pure imagination fuel. It primes your muse enough to start churning out ideas, but leaves just the right amount of blanks for your creativity to fill in and flourish because of.”

“This Adventure Kit is like a puzzle that has multiple combinations and reveals myriad possibilities. You can use this as a turn-key adventure and run it straight out of the book, or you can rearrange the pieces and generate many adventures, each with minimal preparation.”

“What makes this Adventure Kit great is the fact that it lets you make the adventure your own. Every run will be different, and pieces can easily be taken out and used later.”

– Marquis Hartiss, A Point of Inspiration

“A versatile tool for novice and veteran game masters alike. Adventure Kits offer a wealth of possibility with instant results.”

“I had the privilege of running Oath of the Frozen King twice during the playtest, both as a one shot game and in my home group’s campaign. Both sessions were tons of fun, and what I liked most about the module was that it felt like I was using the content to create my own adventure rather than running an adventure someone else had put together. If you’re a busy DM who wants to offload some of the ‘heavy lifting’ of prep onto a module without giving up creative authority over your group’s story, this will be a great book to have on hand.” 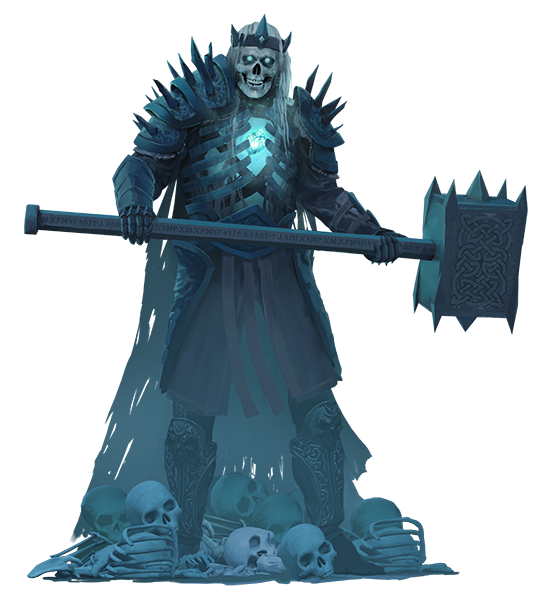